They say Justin Timberlake is bringing sexy back. He’s got moves that make the girls scream. Well, back in the day, the subject of this interview had moves that could make both boys and girls scream. She is perhaps best known for her work with Prince in the late 1980s and she appeared in several videos and the concert film Sign ‘O’ the Times… Purring yet? I’m talking, of course, about Ms. Cat Glover.

She agreed to this exclusive interview. I hope you enjoy hearing from her, as much as I enjoyed speaking with her.

Well let’s start out with the question that everybody’s been dying to know: Where have you been and what have you up been up to these days?

I decided to take a break from the music business. I wanted to focus on raising my children; I always knew that when the time was right, I would come back [to the entertainment industry] I think I’m at a point in my life were I’m ready to do it. With regard to what I’m I currently doing, I’m working with fashion designer RICHARD HALLMARQ as the new face for his Fall/Winter collection. I am also doing some personal appearances in the near future. Check out my MySpace page (www.myspace.com/catglover) often. There are some big things coming for 2007.

How did you start working with Prince?

I met Devin Devasquez on Star Search, and she invited me to Prince’s house for dinner. Prince was having a dinner party for his father Mr. John Nelson. When Prince came down to the table Devin introduced me to him. Later on that evening, we went out to a club and Prince asked me to dance with him. After that he asked me if I wanted to be in the group, obviously I said yes!

What (if any) relationship do you have with Prince now?

Hucky, I haven’t spoken to Prince in years, but I hope that we still have a relationship. I really haven’t tried to contact him. But I’m sure that when I do everything is going to be cool.

Recently someone invaded your privacy and posted pictures of you and your family on the Internet. How did that make you feel?

I mean, how would any parent feel in that situation? I thought it was messed up that someone would post personal pictures of my children on the Internet without my permission. Putting pictures of me on a site is one thing, but my babies… all I can say is I was heated.

Do you still follow Prince’s career and if so, do you think he’s still relevant in the current music scene?

Of course I do. I think his music is relevant because whatever he writes is always interesting. It may not be what everyone wants to hear but at the same time, music is a universal language and you can listen to whoever makes you feel good. When it comes to Prince, he is so creative that you have to pay attention to him.

How and when did you get in the music business?

How did I get into the business…well it all started with Prince. SOTT was my introduction to the music business than Lovesexy. After Lovsexy I moved to London and signed a deal with WEA.

What are your memories of the Lovesexy tour?

The Lovesexy tour was a great time in my life, I loved the way the stage was setup. I liked the fact that the stage was in the round we had more freedom to move around. And the stage had so many cool toys -from the swing which was my favorite- to the basketball hoop, and the car. I love the way the show ended when Prince and Sheila and myself would get on the car–that was the bomb. The only difficult part of the show for me was the outfit changes. I know you’re laughing thinking “what clothes?!”.

What was your childhood ambition?

All I ever wanted to do was dance. I’d wake up in the morning to get ready for school, and my Mom would have breakfast on the table and the radio on, and I would just start dancing.

What are you most proud of?

My children, without a doubt.

Let’s do a Word Association game. I will give you a name or place and you tell me the first thing that comes to you mind. Sheila E

Very sweet and quite, twisted his hair a lot

Best Prince moment, ooh God there were so many…um well, let me think. Best Prince moment. I can say the MTV awards when we marched down the aisle playing the drums on SOTT. The crowd was going crazy it was a great feeling. Also when we were performing in Rotterdam, and Prince did not want the press to take anymore pictures in front. [They were allowed to shoot down front for just 3 songs. They continued to take photos after the first three songs]

So Prince got upset and told the band to stop playing, which stopped the concert and had us all come to the front of the stage and said ” NOW POSE.” The crowd was not happy about the music stopping.

Cat, that’s great stuff, I’m so happy to see you back on the scene. I know you have really big plans for 07 and we wish you all the best.

Thank you, Hucky. I’m so excited to see what the New Year brings me. God Bless.

I like to give a shout out to my boy Richard Hallmarq for making this happen, also a very special thanks to Cat’s manager Asheena Burke and of course I can’t forget Aaron and Patrick from Housequake. 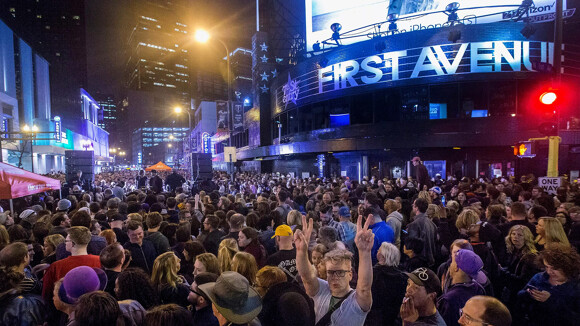 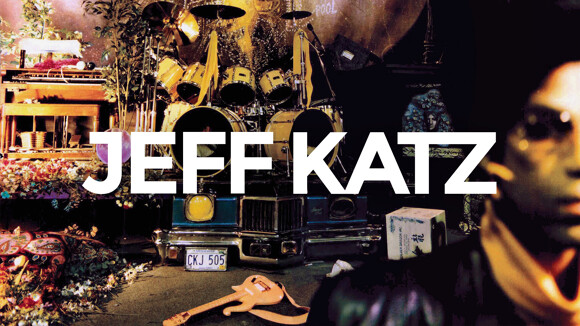